“Sex is nothing. It’s relationships that’s a poison. It’s love what does the damage.”

Originally seen as a staged reading as part of Vibrant 2017 – A Festival of Finborough Playwrights, the world premiere of Imaginationship by Sue Healy.

Great Yarmouth, Norfolk. 59-year-old Ginnie attempts to seduce her unrequited love, the nymphomaniac Brenda. Attila is from Hungary but has ended up scraping an existence in Yarmouth – and pursues Melody who is obsessed with her cold and distant evening-class tutor, Tony. Power-plays and relationships clash until a seduction too far leads to mass murder.

Set in a marginalised Brexit town, Imaginationship explores obsession, sex addiction, and the devastating effect of imbalanced relationships, not least between immigrants and locals, London and the regions.

With strong characterisations, the personalities in this work stand out as unique individuals with a touch of that traditional British eccentricity, portrayed affectionately despite their tension and barely contained desperation. An ageing Ginnie (Jilly Bond) has a completely impractical girl crush on a sexually obsessed Brenda (Patience Tomlinson). Hungarian immigrant Attila (Bart Suavek) is marginally making a living while chasing Melody (Joanna Bending) who is in love with her oblivious adult education teacher Tony (Rupert Wickham)…

Healy’s writing in this piece is excellent and intelligently conceived, direction by Thorns is impressive, and the actors’ performances are inspired…

Imaginationship is a compelling, entertaining, thought-provoking success and well worth a viewing.

NOBODY can accuse Sue Healy of failing to tackle the big issues of today in her latest play Imaginationship, showing at the Finborough Theatre.
Everything from paedophilia (with a twist), intelligent immigrants taking on menial jobs and being despised for doing so, infatuation, lesbianism, sex (in one character’s case, plenty of it) and bloody revenge. It is wildly ambitious, always absorbing and overall quite tasty on the eyes and ears…

Against the backdrop of tunes from the Bee Gees, Bay City Rollers and Brotherhood of Man, Ginnie (wearing high heeled golden boots and figure hugging leather trousers) derides Londoners while stating that the great and groove are firmly back in Great Yarmouth.
But Ginnie has ulterior motives, namely to persuade a former young lover of hers from 40 years ago (Brenda) to come and live with her in a bungalow, complete with two bedrooms and two toilets.
But Brenda (marvellously played by Patience Tomlinson) has spent nearly her whole life chasing ‘cock’ and shows no inclination to revive a fleeting summer relationship that she has long forgotten.
‘I love everyone’s cock,’ she says, while literally bursting out of her blouse and tight jeans – and teetering on her heels. Relationships are not Brenda’s style – she is only interested in quickies despite her advancing age. Indeed, she spends the whole night in pursuit of ‘cock’.
Brenda’s daughter Melody (Joanna Bending) ends up having unsatisfactory sex on the beach with eloquent 21 year old Hungarian Attila (a suave Bart Suavek). By training Attila is a marine biologist (but works in a canning factory), wears red trousers, possesses all the dance floor moves and ‘suffers’ from priapism – a condition that naturally is not missed by sex-obsessed Brenda.

Imaginationship is fun and another bold show from the Finborough celebrating its 150th anniversary. It is neatly directed by Tricia Thorns who never lets the pace drop with a series of short snappy scenes. A triumph given Finborough’s tight space (no room to swing a cat or cook a paella).
Patience Tomlinson’s performance is worth the entrance fee alone with Jilly Bond not far behind. As for the contents of Suavek’s red trousers, they are a little (if you know what I mean) distracting (in a big way).

Healy constructs her piece quite brilliantly. The Classical unities of action, time and place are observed with relish. She’s astute enough to remind us of what she’s doing with constant Greek allusions in her text. She even gives us a ‘Sophoclean’ Chorus who both top and tail her play. (sharp and acute performances from John Sackville and Atilla Akinci.)

Ginnie Atkins (played with sensuous and brazen gusto by Jilly Bond) has a crush on Brenda, her childhood friend. Brenda doesn’t reciprocate. In fact Brenda’s sexual urges are of a much more ‘hetro’ persuasion. Patience Tomlinson invests Brenda with enormous dignity. The character maybe ‘amoral’ but Tomlinson makes us completely aware of ‘where she’s coming from’.

Her daughter Melody, played by Joanna Bending, in what is the stand-out performance of the evening, has fallen for Tony her evening class classics tutor. (a deft, strong and morally ambiguous turn from Rupert Wickham.) What follows is a story of addiction, in all its forms, obsession and the complicated nature of relationships.

Healy’s story is a challenging one. Yet she leavens it with astonishing amounts of humour. Her love of language zings out at us. She peppers her text with some marvellously bad jokes which sometimes are so excruciating they make you laugh out loud.

‘Imaginationship’ is a play with much food for thought. And, without a doubt, is a tremendous piece of work. Yet I came away from the evening tinged with an unutterable sadness. Probably a mixture of intimations of mortality and the seeming decline of that most beautiful of towns, Great Yarmouth. 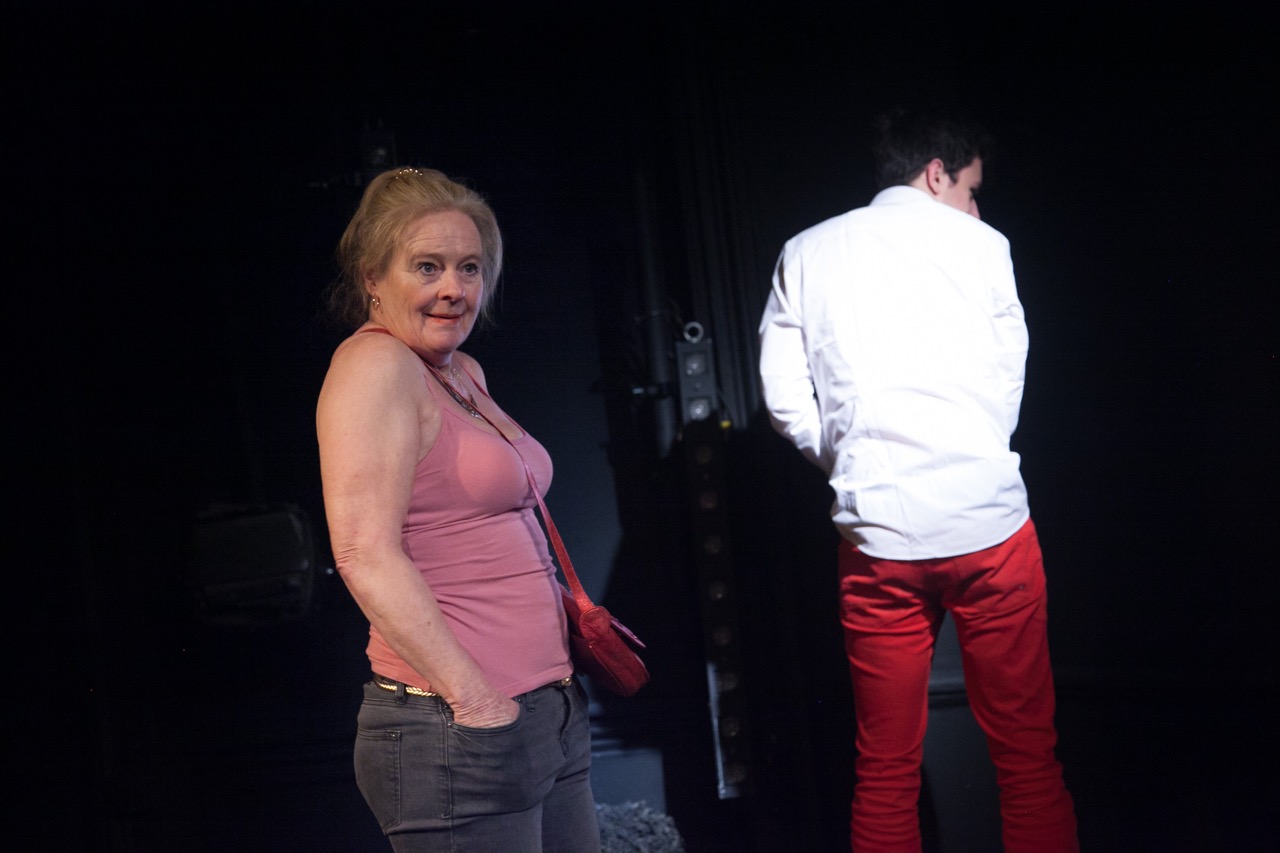 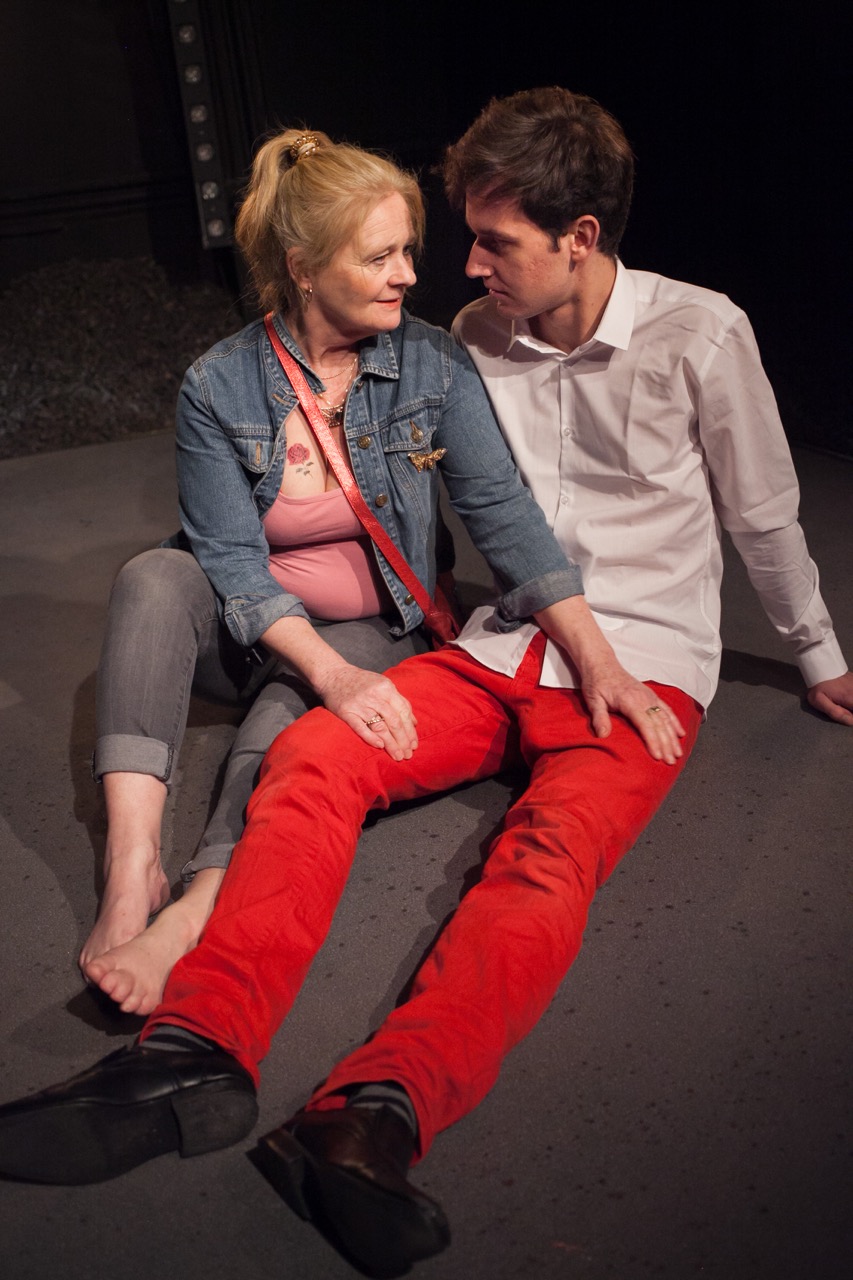 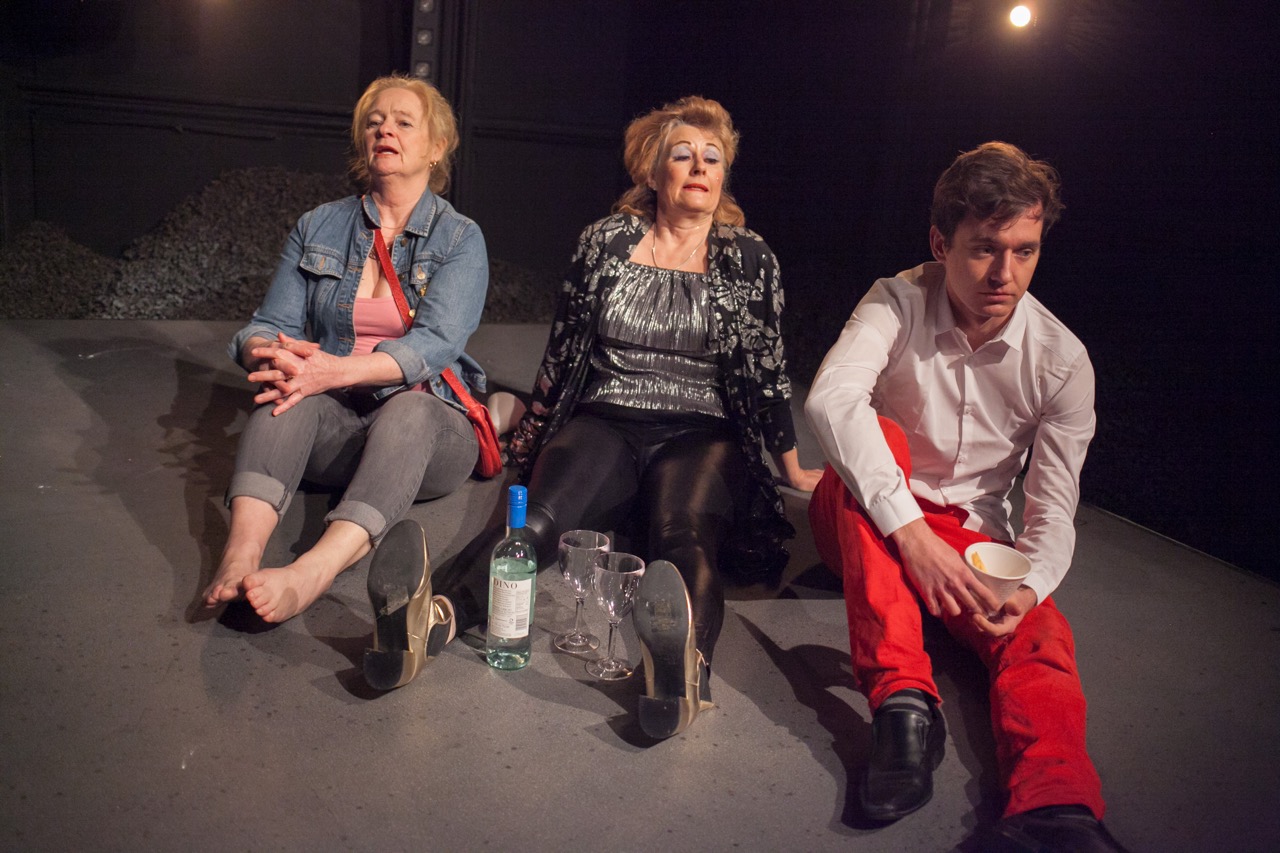 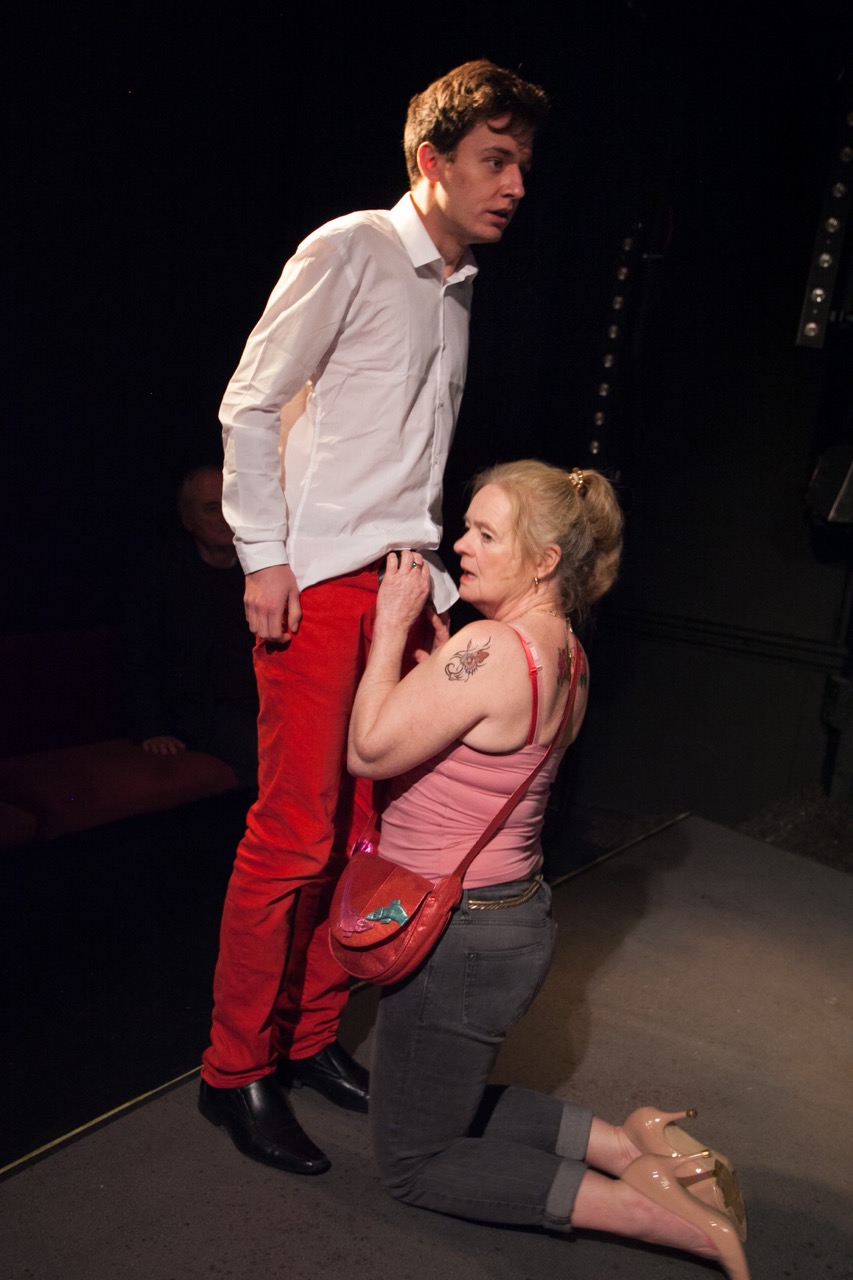 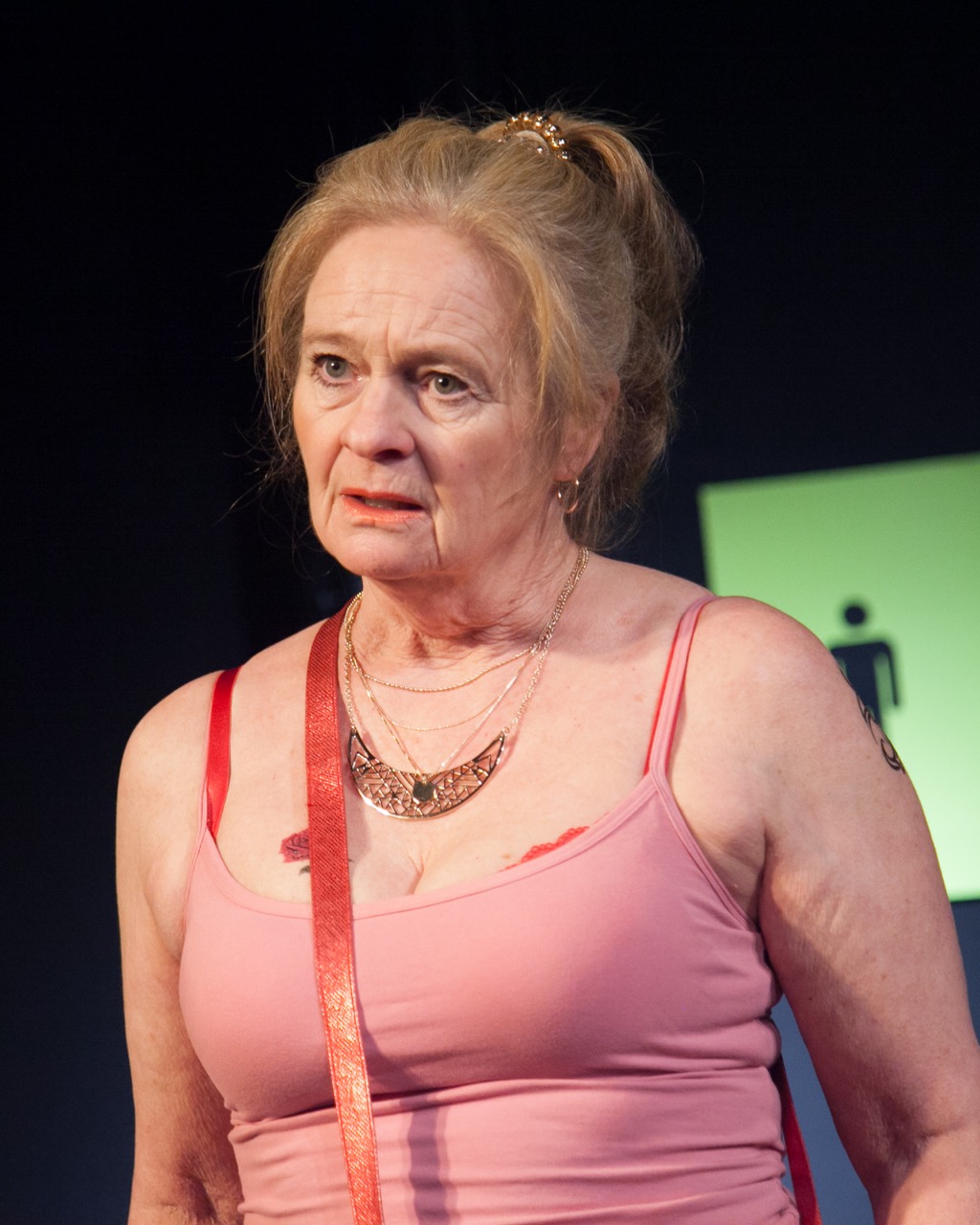 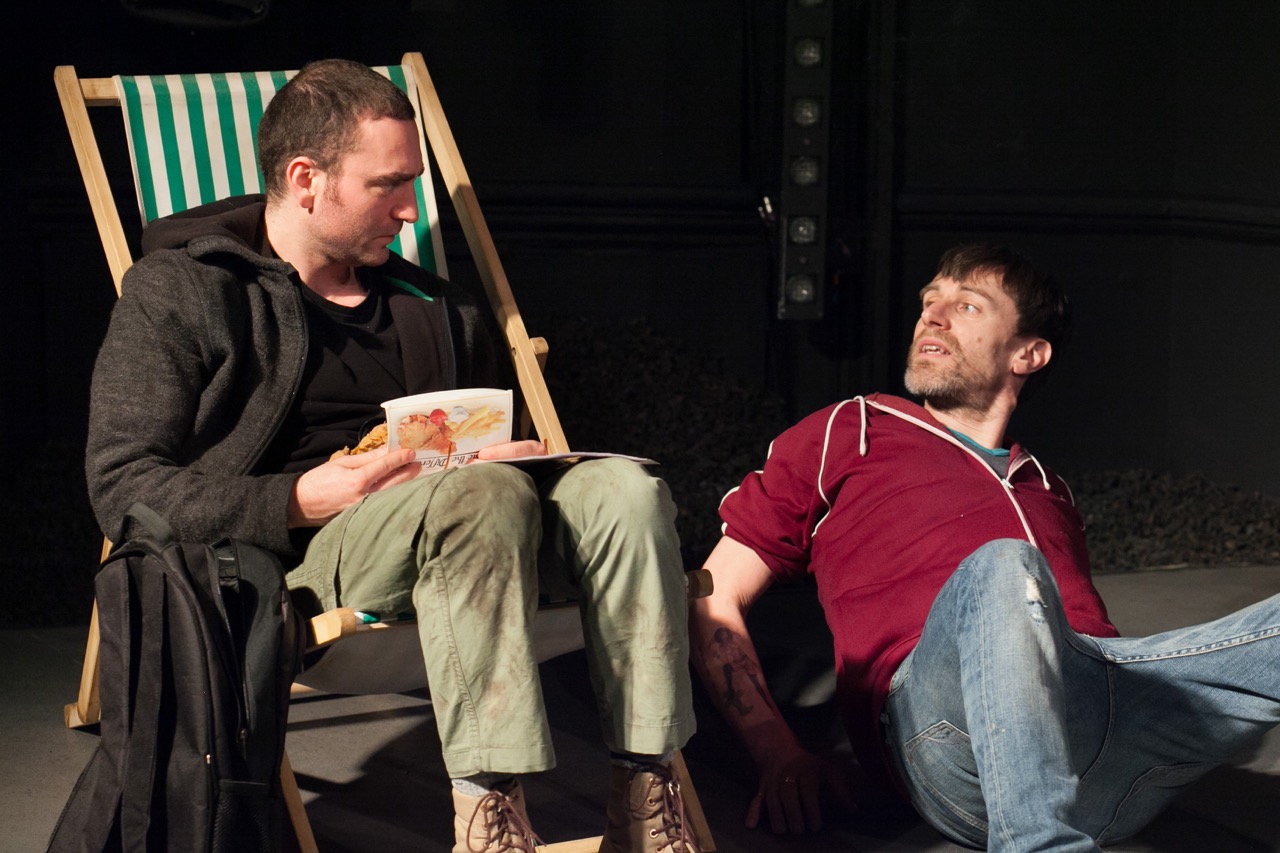 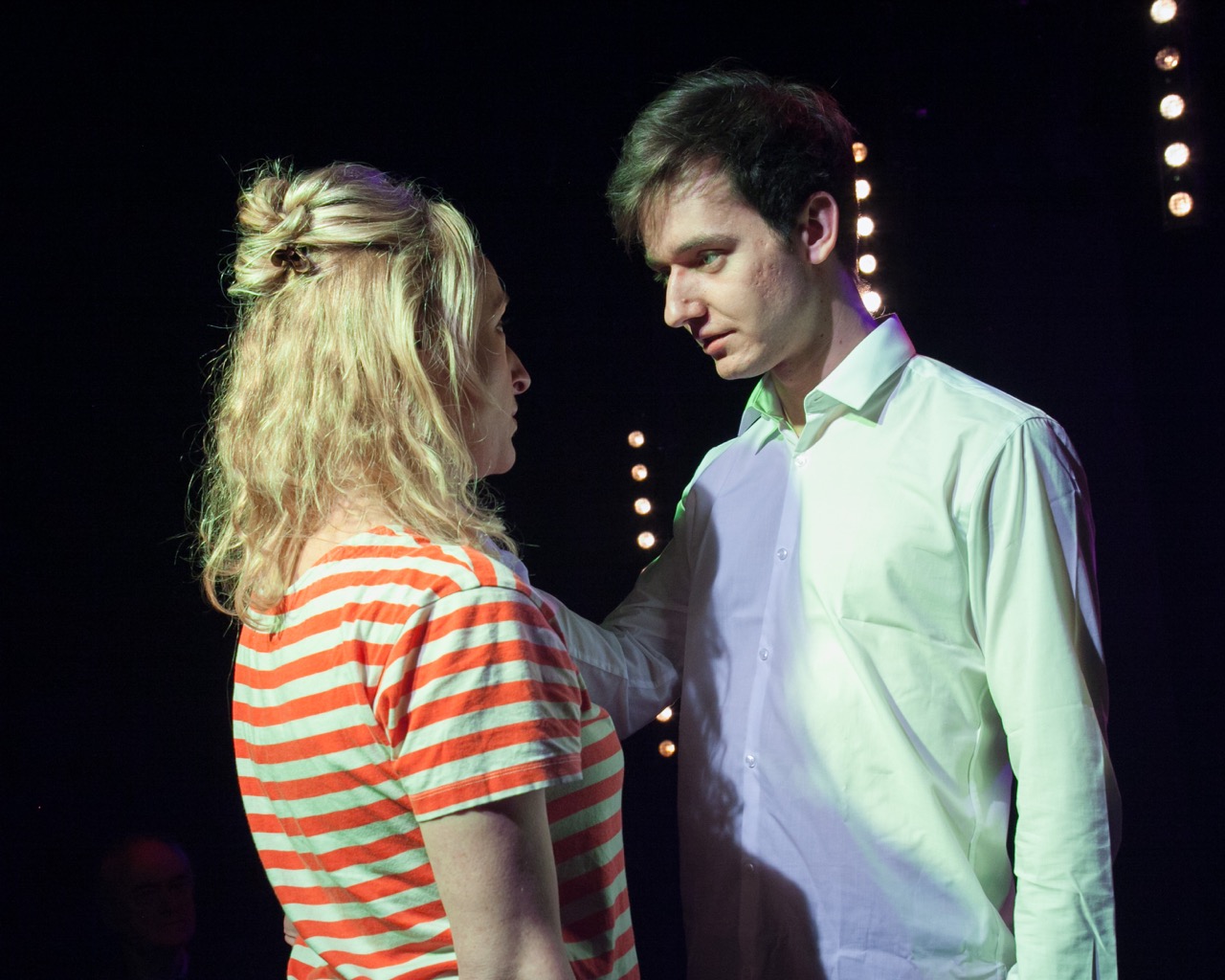 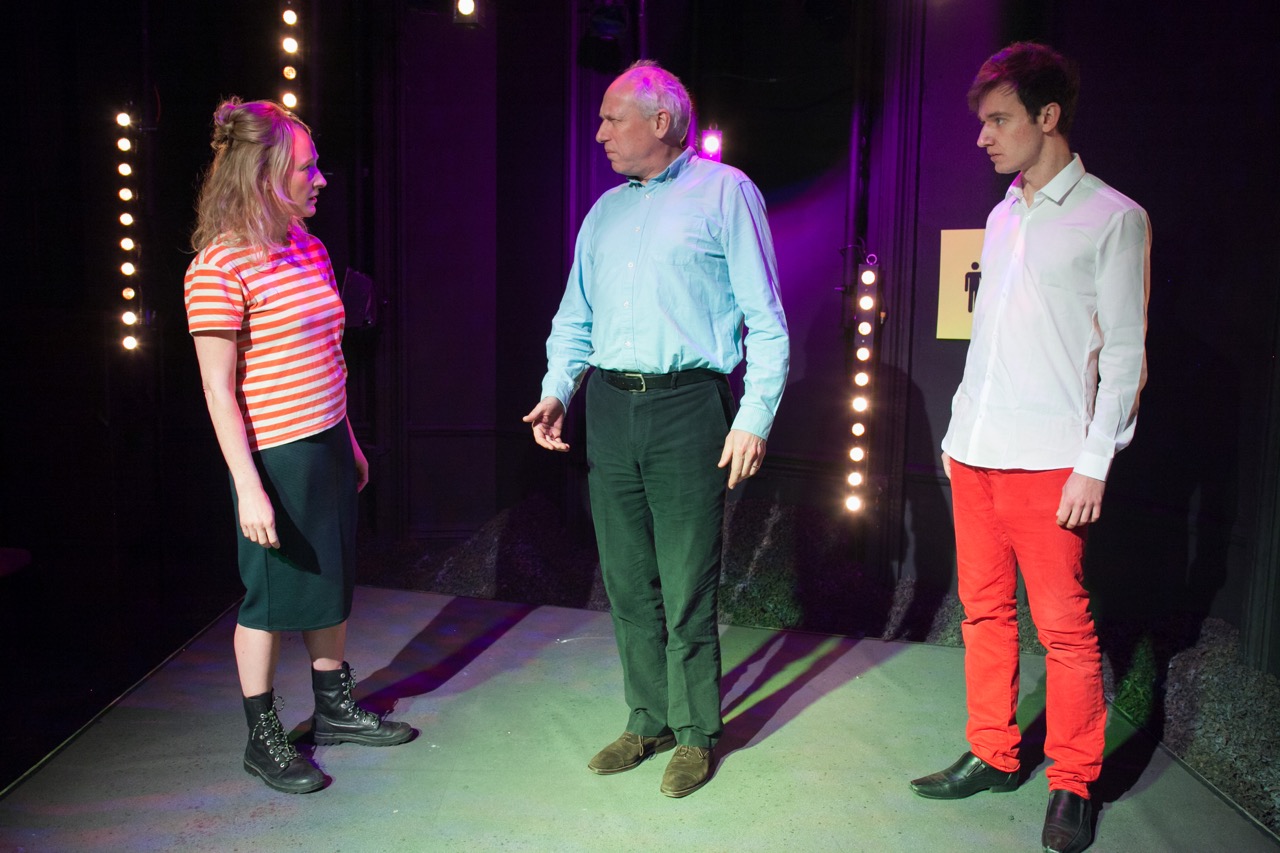 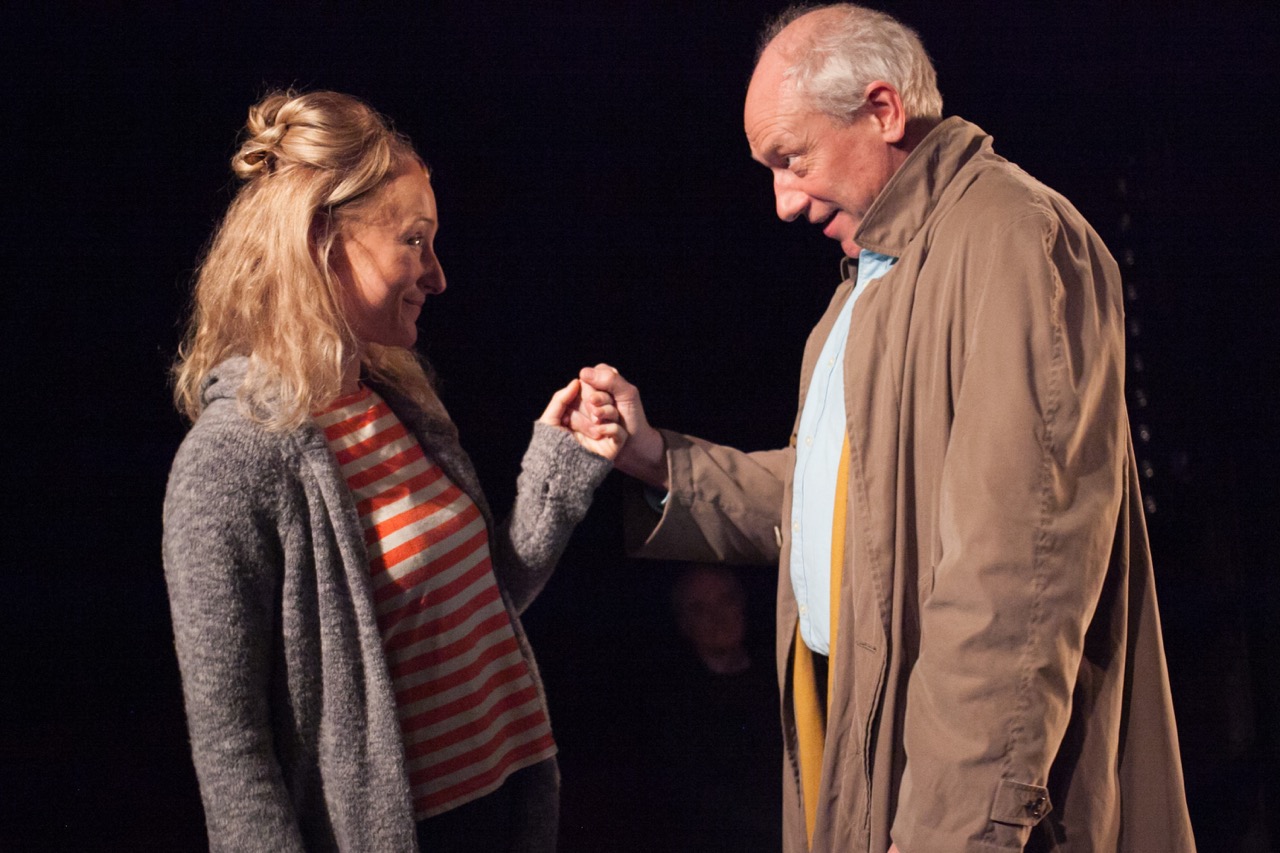