It’s the early 1960’s. Charlie and Harry are hairdressers in Brixton and have been together for 20 years. Quick humour and dreams keep them afloat but same-sex relationships are illegal and Charlie has been arrested in a pub while sitting on a man’s knee. Simmering underneath the banter and hilarious mockery, Charlie anxiously awaits a court summons and Harry has his own troubles – his hair is rapidly falling out, a disaster for a hairdresser.

Running through this laugh-out loud comedy is the sadness of those unable to live openly because the law and the public condemn them to an undercover life. Change may be in the air but, for these two, it might as well be a hundred years away. Staircase is a clarion call for a more accepting and generous society; for a world where people can be who they are in their hearts; where love is love and that love is championed in all its forms.

If anyone walks out of this production thinking it period-limited, that themes flatten, gay men haven’t got to glance back and wince with recognition – sorry, you’ve been nodding for two hours-five. But you won’t nod. Even in a distanced audience the cheers echo; we get it…

Directed fluidly by Tricia Thorns with a real sense of ebb and paciness, it’s grounded in some first-rank production values…

Laws might have dissolved, gay couples can marry and parent children. But the pressures of otherness, of assumptions, of exclusion explored by Dyer, remain. Staircase is one of those spirals from there to here. And did I say it was heartbreakingly funny?

A first-rate revival of a play that with its ostensible shock-value in aspic, reveals subversions and a clever structure so unsettling we should all look in the mirror and wince.

Staircase by Charles Dyer is a rousing look at a period in gay history where the heavy arm of the law weighed over gay men in 1960’s London; with the threat of prison and substantial fines the world of gay men in this period was a select, secret and very private one…

It felt strange to laugh out loud at the hilarious comments the couple exchanged, whilst feeling simultaneously saddened by the unfairness of their life experience. The (socially distanced) audience was totally immersed in this comedic tragedy. I chatted with some older men in the interval who had lived through similar experiences in their own lives. “Staircase” is a salutary reminder of our recent history. Not to be missed!

The acting is executed with a brilliant and intelligent understanding of the characters’ dilemma.

Alex Marker’s set creates that ‘wow’ response upon entering the auditorium… Sackville and Rider keep the banter flowing apace, with the balance of power alternating between them as they go from impassioned rants, to melancholy reminiscences and into flurries of vitriol. They are well matched in a piece of artful casting.

The mission of Two’s Company is producing “new plays from the past”, and their talent is for treasure-hunting. Plays written now about past decades are fine, but there is something grittily satisfying about contemporaneous writing:  especially forgotten ones, outside the famous names worn smooth by repetition. This company’s WW1 plays taught me more about how it really felt than any documentary; London Wall vividly evoked the emergence of women out of chaperonage into the office jungle, The Cutting of the Cloth and A Day By The Sea – these are all recorded here – had separate and particular value in each setting.

This one, in its day, was important; historically and emotionally it still is…

So here it is again, with Paul Rider as the resigned, more benevolently resentful Harry, and John Sackville as the volatile Charlie, a failed actor to whom Harry gave a trade and a home.  For two hours the pair circle round one another, bantering and bickering and dealing with a triply awkward situation. They are roundedly idiosyncratic and human, not queeny caricatures but ordinary men hobbled by the thousand shames and aggressions of their condition…

But goodness, they’re believable and identifiable, and evocation of those ancient shames and crushing minority lonelinesses reminds us why Pride marches were needed and still are. And when it gets close to a deep-blue-sea ending but swerves elegantly away from it, there’s proper satisfaction. Southwark is always, always worth the trip. 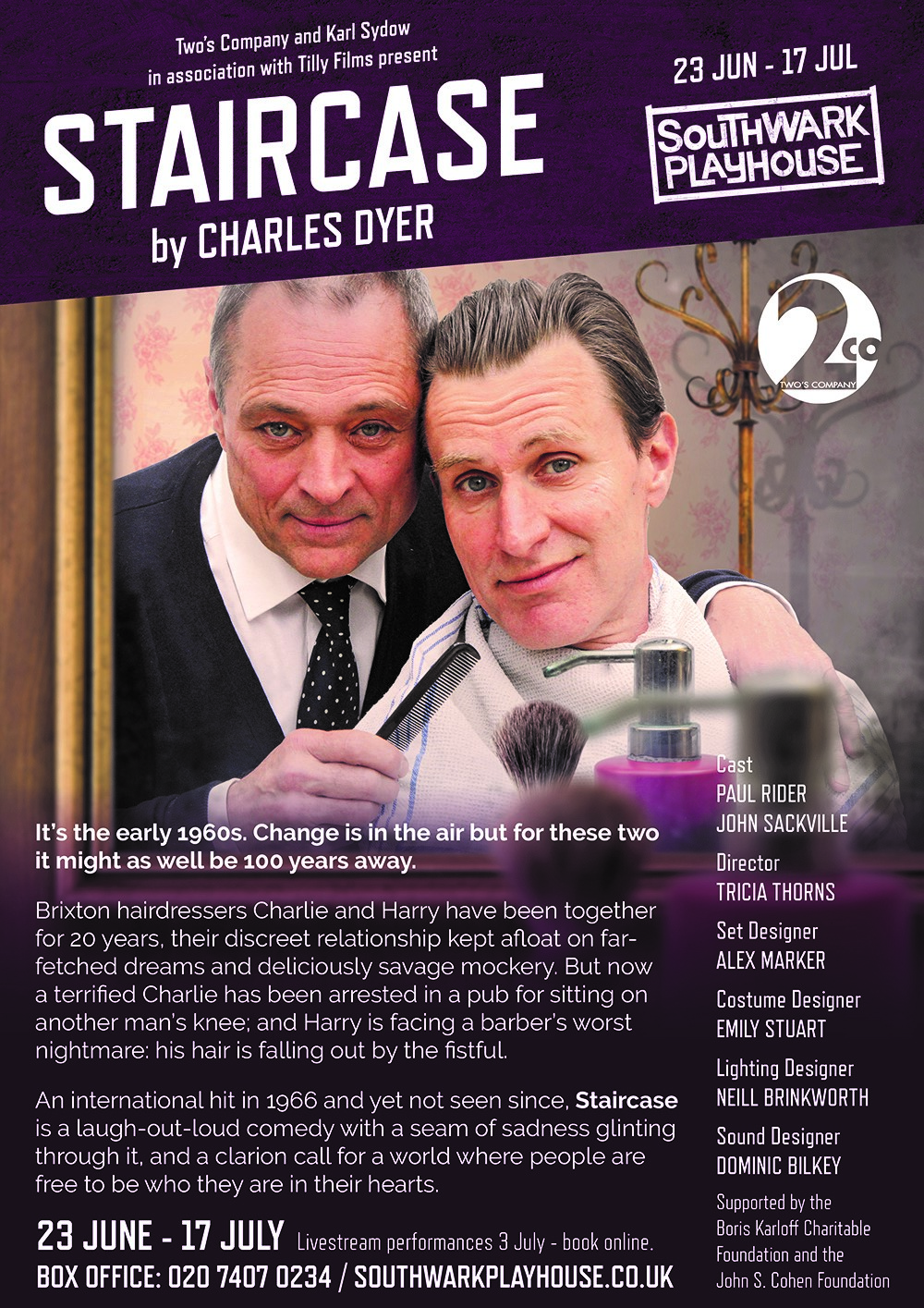 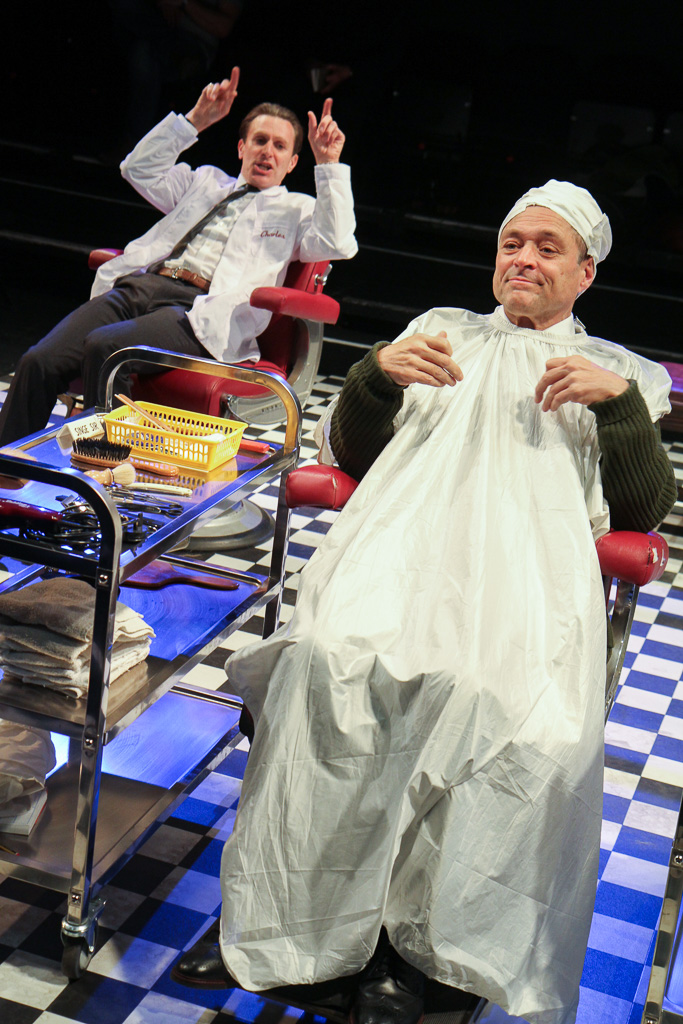 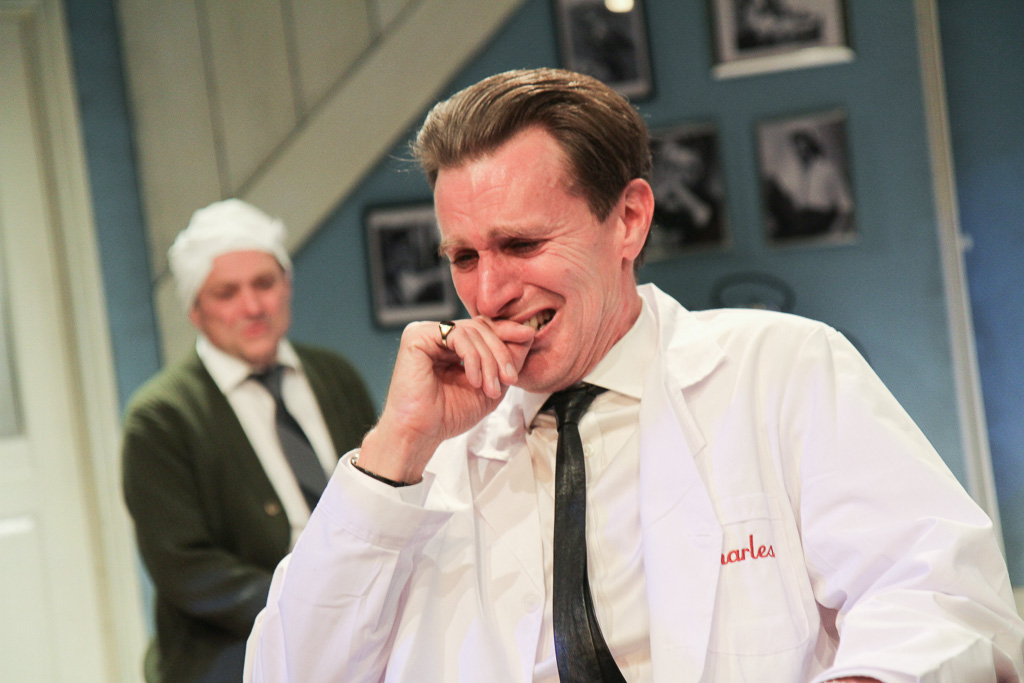 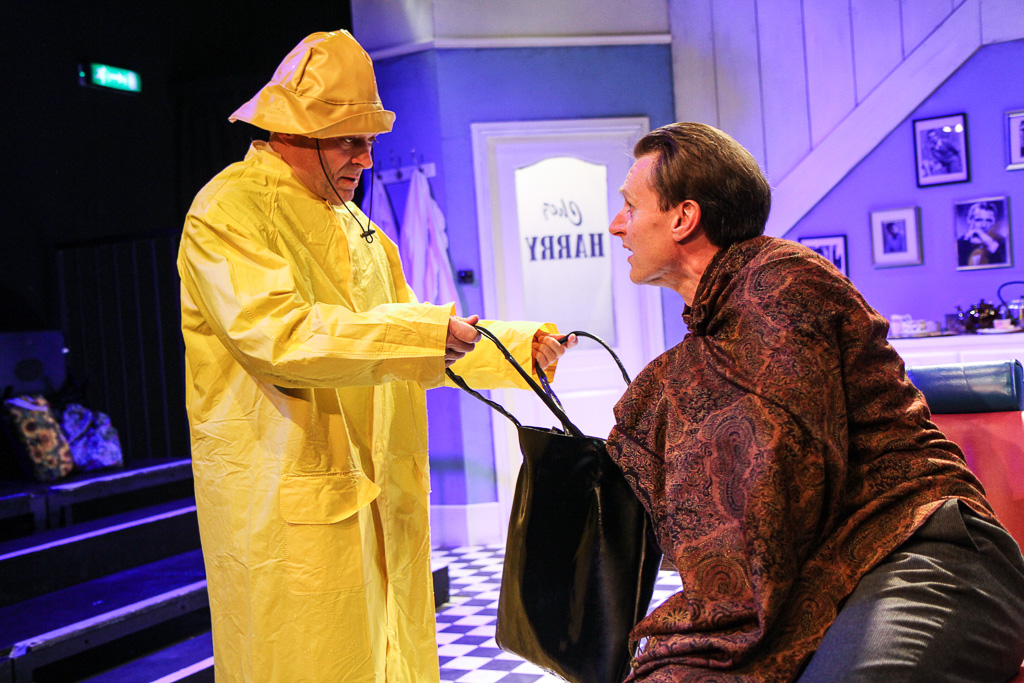 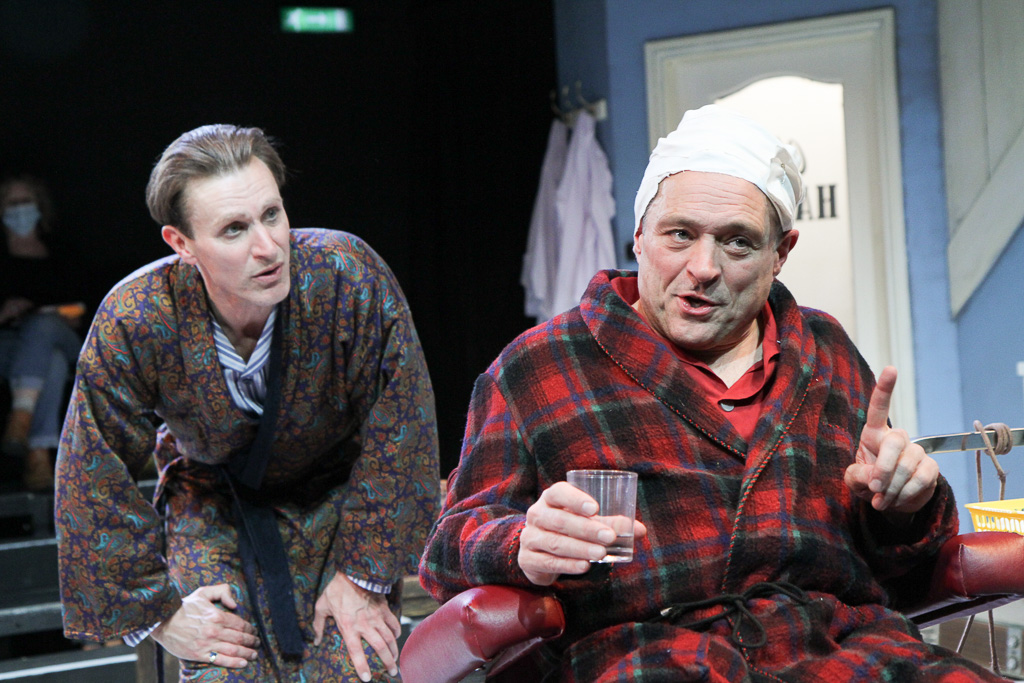 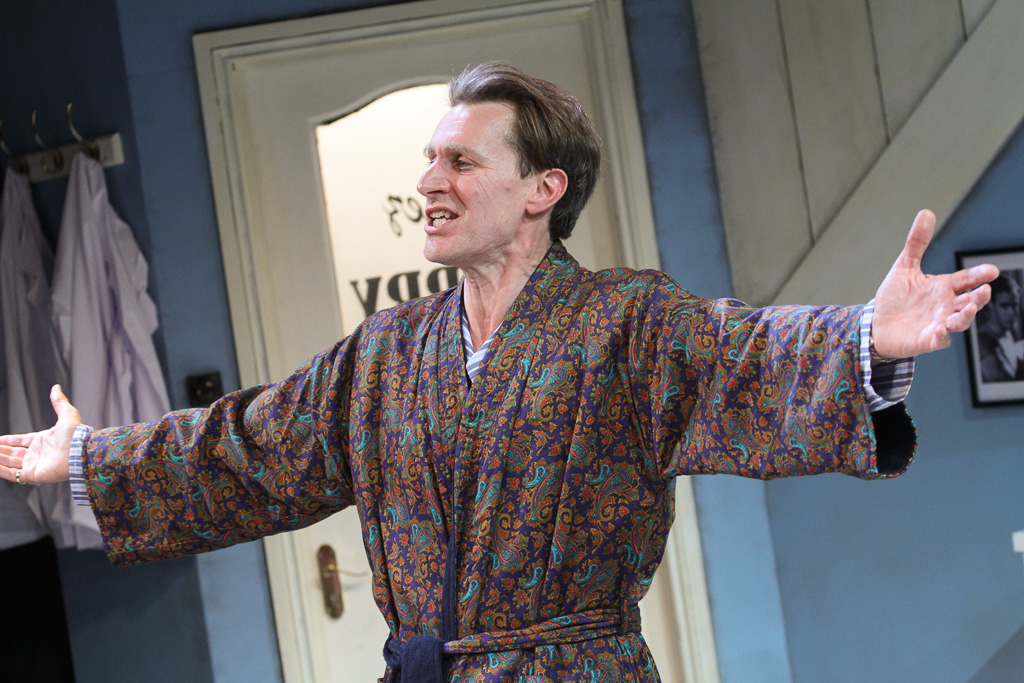